Genocide and civil war have raged in Darfur, a region of Western Sudan, since 2003. Multiple warrants for Omar al-Bashir’s arrest have been issued because of the myriad of war crimes he has committed over the years. Unfortunately, he has so far been able to avoid arrest, and continues to harm citizens throughout Sudan while denying the government’s involvement in human rights abuses. Historically, the Sudanese government has employed outside militias to violently subjugate civilians, first the Janjaweed, and now the Rapid Support Forces. In many cases, these militias have raped and tortured civilians, and burned down entire villages.  Despite many attempts at peace, including the Darfur Peace Agreement (DPA) in 2006, the genocide has continued in Darfur because of conflict along tribal lines, and atrocities continue in other areas of Sudan such as the Nuba Mountains. Though data collection has been notoriously difficult, the UN says that since the beginning of the conflict over 300,000 people have been killed, and over 2.8 million remain displaced, both inside Darfur as internally displaced persons, and as refugees in neighboring countries.

To aid and protect those affected by the genocide after the signing of DPA, the United Nations and the African Union deployed the UN-AU Mission in Darfur (UNAMID). Their mission statement states they will protect civilians, assist and provide safety for humanitarians, and keep peace between the Sudanese government and armed movements. The mission’s headquarters are located in North Darfur and include 35 locations dispersed among the 5 Darfur states: Central Darfur, East Darfur, North Darfur, South Darfur, and West Darfur. In July 2003, 25,987 peacekeepers were deployed as part of the effort. Many different African and Asian countries, including Kenya, South Africa, Egypt and China, contributed troops to this cause. However this number decreased to 23,743 in July 2012 and has continued to drop. Today, there are only 17,076 troops deployed, and the Sudanese government still tries to hinder UNAMID progress by closing various sites throughout the country under the guise of “reconfiguration.”

In October, Ashraf Eissa, a spokesperson for UNAMID, held a press conference to discuss a “reconfiguration process” to decrease UNAMID operations in Darfur. Eissa asked the Sudanese government to turn old UNAMID locations into “facilities that contribute to the overall development of local communities and take into account the wishes of the local population, whenever possible,” but there is no guarantee that this will happen. This process will decrease UNAMID involvement in Sudan when it is still needed greatly.

It’s important for Darfuris to know that the international community is behind them and care about their plight. By educating yourself and others, keeping up on the latest news, and supporting organizations such as STAND and the Darfur Women Action Group, you can show solidarity with the people of Darfur and take timely action to support an end to the genocide. US-based activists can join STAND’s Rapid Responders on facebook in order to receive action updates on Darfur and our other conflict areas.

STAND was created in 2004 to help mitigate and end the crisis in Darfur, and to educate others about genocide and mass atrocities. The acronym STAND came from our original acronym, “Students Taking Action Now: Darfur.” Although we have continued to be called STAND, our mission has since expanded. Since 2009, STAND has spread to focus on additional conflict areas around the globe, including Burma, the Central African Republic, the Democratic Republic of Congo, and Syria – but we have not forgotten Darfur. 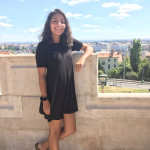 Located in Central America, Guatemala has always been an important center of Mayan culture and civilization. Guatemala is a region with which many Mayans have a strong connection, and, in fact, make up over 51 percent of the population. Despite their deep historical connection with the area, however, Mayans have traditionally faced discrimination in Guatemala. Mayans refer to the “Silent Holocaust” of 1981-1983 as their third holocaust, following the Spanish conquest and its aftermath, and the Liberal revolution of the 19th century, which led to mass land desolation from indigenous peoples.

When Miguel Ydigoras Fuentes was elected president of Guatemala in 1958, he led a degrading and racist campaign against Mayans (who he called “mountain dwellers”), encouraging members of the military to torture, rape, and kill Mayans. Due to discrimination against Mayan women, a group of both Guatemalan and Mayan men planned a coup to eliminate Fuentes from office. The coup ultimately failed, but catalyzed the Guatemalan Civil War that took place from 1960 to 1996. During this civil war, many Mayans rebelled and were named “internal enemies” by the government. Various social movements in the 1960s reflected a national demand for “land and fair wages in the Mayan highlands and large farms of the south coast.” When the Spanish embassy, holding 39 Mayan leaders, was burned to the ground, armed insurgencies sprouted up under the name “Guatemala National Revolutionary Unit.” They established four main guerrilla groups that attacked national security forces and sabotaged economic activities. The government used these actions to justify their call for their extermination. Approximately 200,000 Mayans were killed during the war.

Though prior to this period there had been periodic killings, the “Silent Holocaust” of 1981-1983 resulted in the most deaths. In 1982, General Efraín Ríos Montt became head of state and led a  scorched earth campaign  against the Mayan people. In the 17 months of his military rule, soldiers hunted down leftist guerrillas in Mayan highlands and systematically killed Mayans – civilians and combatants alike. Racist propaganda was spread, portraying Mayans as primitive and blaming them for the scarcity of agricultural products in the country. Some of the people that carried out these attacks proudly called themselves “killing machines.” Most Mayans killed were not part of guerilla movements, but were teachers, farmers, university and high school students, and other civilians. Women were raped, tortured, and killed, and even children and the elderly were targeted by the government.

According to The Center for Justice and Accountability, “between 500,000 and 1.5 million Mayan civilians fled to other regions within the country or became refugees abroad from 1981-1983 alone.” In 1983, Ríos Montt was deposed in a coup, and in 1986, a government formed by the Guatemalan people created a new constitution. Although the constitution included articles acknowledging the existence of Mayans and their traditions, and another article established law for regulations of indigenous peoples – the laws were not enacted nearly 10 years after the fact. In June 1994, the government signed a Commision for Historical Clarification with the UN and agreed to investigate the genocide.

After the results of the commission’s investigation were released, Ríos Montt was arrested and convicted of genocide and crimes against humanity. However, two weeks after his conviction, Guatemala’s Constitutional Court annulled the conviction. Although he was supposed to face trial again in 2015, he was declared mentally unfit and the trial was suspended until 2016. In 2017, the Guatemalan National Court declared that he could face trial for the Dos Erres Massacre. During the Dos Erres Massacre, members of the Guatemalan military’s Kaibil Unit killed approximately 300 residents of a village called Dos Erres. Many different organizations, such as the Open Society Justice Initiative, have expressed the need for Ríos Montt to face trial again by working with Mayans who are willing to share their stories and testimony.

Today, Guatemalans continue to advocate for justice for those whose lives were tragically taken, and for education about Guatemala’s civil war. Antonia Caba Caba, a man who grew up in a Mayan village during the military raids and was forced into the military, says he wants Americans to “be more understanding when the economic hardship of today forces Guatemalans to flee, yet again, and to try to find a life across the US border.” As one of the least known but bloodiest civil wars of Latin American history, the Guatemalan Civil War’s legacy still resonates with Guatemalans today, who continue to seek justice for the lives lost.

Venezuela is currently facing a human rights crisis that has persisted since 2014. In 2016, 87% of the population did not have enough money to buy necessary food and 30% of school-aged children were malnourished. Venezuelans are unable to access dependable resources, such as medical supplies and food.

Venezuela’s crisis began after Hugo Chavez died in 2013, and Nicolás Maduro won the presidency on promises to continue Chavez’s legacy. The “Chavistas” are supporters of the United Socialist Party (PSUV) and Chavez and Maduro’s efforts to use Venezuela’s oil revenue to reduce inequality. The opposition contends, however, that the party is dismantling democratic institutions and mismanaging the economy. Their economic decisions have plummeted the country’s economy, and Venezuela is currently facing soaring inflation and a rampant black market that has incited increased corruption. In the midst of economic troubles, Maduro has also taken steps to control more and more of the government by undermining the National Assembly whenever he can.

The government has discriminated against protestors that do not agree with Maduro, many of whom believe that Maduro is running a dictatorship and do not agree with his moves to consolidate his power across all branches of government. Residents fear protesting with the opposition, as they may starve without the help of the government’s CLAP program, which provides food sacks to poorer areas of Venezuela. While protesting, many people have been put in jail and some have been killed, including many teenagers. For example, a university student named José Gregorio Hernández Carrasco was detained and tortured in May 2016, two days after attending an anti-government demonstration. Various other leaders, such as mayors, who align with the opposition have gone into hiding or fled the country.

When people hear about the human rights and political crises occurring in Venezuela, they often wonder how they can help or believe their opinions on the subject don’t matter – but they do. As Americans, we can help people in Venezuela in many different ways. First, we can let our elected representatives know that we care about this issue. You can call the Capitol Switchboard at (202)-224-3121 and connect with your Senators’ and Representative’s offices directly, or find their offices information online, complete with direct office numbers and addresses. Another action you can take to help is boycotting companies owned by the Venezuelan government, such as the gas station Citgo. Although the conflict has been simmering for years, it is only recently coming to America’s attention, so we must act in order to help Venezuelans as they advocate for their rights.