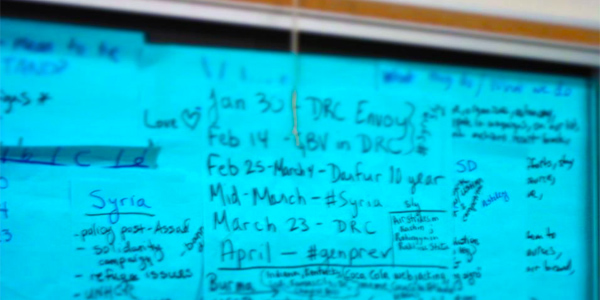 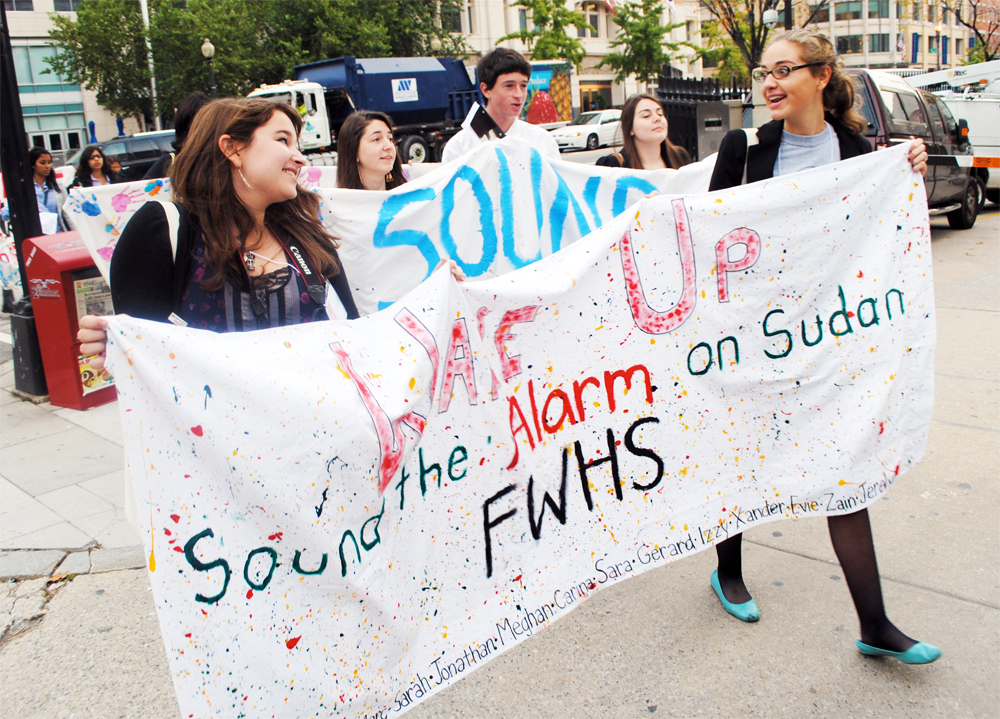 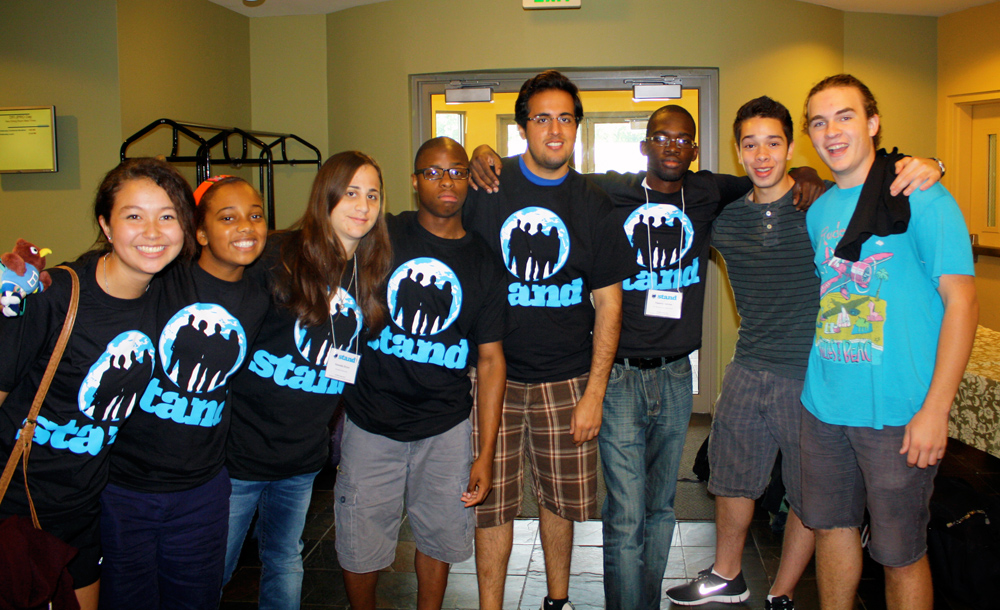 A new generation of genocide-prevention leaders.

STAND is the student-led movement to end mass atrocities. At its core, our mission is to empower individuals and communities with the tools to prevent and end genocide.  From our innovative Leadership Team to our network of thoughtful and change-oriented student activists, we are mobilizing campuses and communities across the country to act against genocide and mass atrocities worldwide.

Born out of the fight to stop the genocide in Darfur, Sudan, STAND is devoted to creating a sustainable student network that actively fights genocide and mass atrocities wherever they may occur. By creating political will, we hold our elected officials accountable for preventing and ending genocide and mass atrocities, and by supporting young peacebuilders in conflict-affected and post-conflict countries, we help communities build resistance to conflict.

Every successful social movement in history has included a vibrant student voice, and the anti-genocide movement is no exception. As such, STAND is the only student-led organization focused on genocide and atrocity prevention. By sounding the alarm on emerging and ongoing conflicts, mobilizing campuses and communities, building meaningful relationships with policymakers, developing young leaders, and creating innovative campaigns, we are leading members of the anti-genocide movement.

To build, organize, and empower a grassroots network of students and young people committed to advocating for the prevention and mitigation of  genocide and mass atrocities wherever they may occur.

We envision a world in which the global community is invested in preventing, mitigating, and sustainably resolving genocide and mass atrocities.

STAND began as an acronym for “Students Taking Action Now: Darfur,” but since 2009, our mission has expanded globally, to end and prevent genocide and mass atrocities wherever they may occur. Today we continue to focus on Sudan and South Sudan, but we also focus on Burma, the Democratic Republic of Congo, Yemen, Syria, Indigenous Peoples in the U.S., and global policy solutions.

From mass actions on Twitter to high-level, targeted advocacy, STAND has played an active role in the successes of the genocide prevention movement. With hundreds of passionate student leaders around the country, we have solidified a persistent and loud voice that advocates for an end to mass atrocities.