STAND began as an acronym for “Students Taking Action Now: Darfur.” In 2004, students at Georgetown University founded STAND, which quickly became the leading organization in what was later labeled the fastest-growing and largest student movement for international human rights issues since anti-apartheid, spanning approximately 800 chapters across the United States. Since 2009, our mission has expanded globally- to end and prevent genocide and mass atrocities wherever they may occur. Learn about the issues we focus on here. In addition to our region-specific foci, we promote long-term policy solutions to prevent genocide.

Since our founding, STAND has developed as a key player in the anti-genocide movement. Our previous parent organizations include the Genocide Intervention Network, United to End Genocide, and the Aegis Trust. 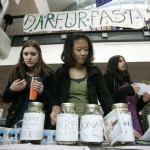 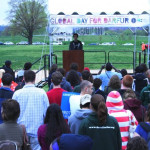 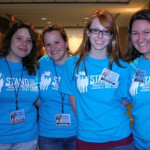