China’s creeping control over the Uyghurs—a Turkic Muslim ethnic group—began in 1949 when the People’s Republic of China annexed Xinjiang, making the province an “autonomous region.” However, the Uyghur Head of the Region effectively lost all power as national and party solidarity became policy. In order to dilute Uyghur influence in the region, the Chinese government encouraged the country’s majority Han ethnic group to migrate to Xinjiang where the state favored them for business and employment At the time of its annexation, Xinjiang’s population was 76% Uyghur and only 6.2% Han Chinese. Today, official statistics show Xinjiang’s population to be about equal parts Uyghur and Han Chinese.

Persecution of the Uyghurs became policy during the Communist Party’s Great Leap Forward (1958-1962). Religious and ethnic distinctions were characterized as threats to the progress of the Communist Party and the Chinese Nation. In the 1990s, Xinjiang saw a resurgence of Islam, which the government responded to with violent crackdowns. Tightened government control was met with protests and sometimes violent riots, leading the government to brand the Uyghurs as “terrorists.”

Linking the Uyghurs with terrorism has been a key element in the Chinese government’s attempt to justify the growing surveillance state in the Xinjiang region. In the past three years, the state has arbitrarily arrested, imprisoned, or disappeared over a million Uyghurs for engaging in behavior the state deems suspicious.

Garnishing the greatest attention in the west, an estimated one million Uyghurs—10% of Xinjiang’s Uyghur population—have been held in what the Chinese government claims are “reeducation camps.”

Note: STAND is concerned by the mass atrocities being executed against all of the Muslim minority groups in the region, which is why we define our committee by the region, rather than a specific targeted or affected group.

Our choice to use the term “East Turkistan” reflects our discomfort with the translation of “Xinjiang” which means “the new frontier” or “the new territory” and thus directly reflects the Chinese government’s campaign to dilute or destroy the Uyghur population. At times, we still might use both “East Turkistan” and “Xinjiang” so that our work is accessible to people who are possibly unfamiliar with one of the terms. 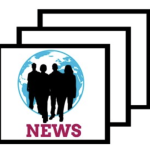 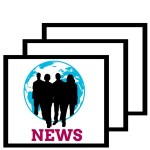