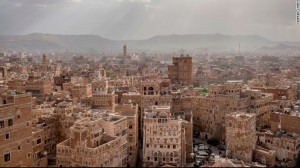 There is a new hope for peace in Yemen. On February 7, a preliminary agreement was reached to remove Houthi troops from Hodeidah. The details are set to be finalized in a new round of talks this week. This comes after four days of talks on a UN ship afters the Houthis refused to meet in the capital of Sana’a because the land is currently held by the Hadi government. The path to these talks has not been easy.

The Hadi government and Houthi rebels have been fighting for control of Yemen since 2014, but the tensions have existed between the two groups for much longer. Religious and ethnic divisions have fostered deep mistrust, and have only been strengthened by the death, destruction, and war crimes that have become commonplace. Any discussions of peace, as a result, have come with low expectations.

In December, the two parties froze military operations and met in Stockholm for confidence-building peace talks led by the UN Special Envoy for Yemen Martin Griffiths. Expectations were low, but some hard-won agreements were reached.  Still, the language was purposefully vague, and executing changes is very different from agreeing to terms.  This week, Griffiths returned to Yemen to discuss challenges to the December agreements.

The port of Hodeidah remains one of the most important conflict areas in the country. As one of the only areas able to access foreign resources, port activity provides hope for the 80% of the population who will be dependent on humanitarian assistance this year and the 15 million people threatened by famine. In December, the ceasefire agreement stipulated that troops would be removed from the area under the careful supervision of the UN monitors. However, as a result of unclear terms and disputes over the borders of the ceasefire zone, both sides have accused the other of breaching the ceasefire. In response, the UN supported a new security council resolution to increase the number of UN monitors and to extend their stay. On January 30, Griffiths said that despite the dire appearance of the situation, he believed that the ceasefire would hold. On February 1, however, Hodeidah was still under fire.

There were two other major aspects of the December agreements. First, in the spirit of building confidence, each side gave the other a list of prisoners it had captured. A major prisoner swap was expected  to follow. The Hadi government subsequently claimed the list it had been given was full of false names, while the Houthis were angered by the alleged exclusion of information about prisoners held by the Saudi-led coalition. These accusations reflect the level of distrust between the warring parties and how much work is yet to be done on thawing the relationship before conflict can end. Some limited prisoner swaps, however, have occurred, a sign of good faith from both parties. The second key part of the December negotiations was a discussion about easing the siege of Taiz by the Hadi government, a southwestern city with historical and economic significance for Yemen. The discussion, however, has had no tangible effect. The Saudi-led coalition recently launched a military operation to win back the city, and there is no sign of conflict de-escalating any time soon.

The new round of discussions seeks to tackle all of these issues. One additional topic for discussion is the Red Sea Mills in Hodeidah, which has the estimated capacity to feed 4 million people for an entire month. The Mills have been inaccessible for five months due to the conflict, and the grain it holds is at risk of rotting. Its resources would mitigate some of the humanitarian impacts that have made the war so deadly for civilians.

Although the peace talks have faced several obstacles, they are a key step towards change and a marked improvement in relations. Many would argue that these are doomed to fail, as with previous agreements. This cynical view fails to notice the broader picture — the more negotiations occur, the greater chance there is for eventual peace. This latest round demonstrates a commitment to peace beyond the surface level. Continued UN supervision has serious potential to make necessary change for civilians.