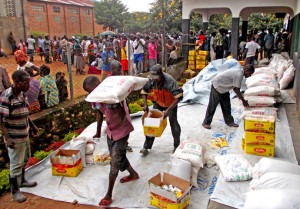 5,000 Sudanese people have migrated to the Democratic Republic of the Congo (DRC) after new violence erupted in South Sudan. On January 19, violent clashes broke out in the Central Equatoria State between the South Sudan People’s Defence Forces (SSPDF) and a rebel group called the National Salvation Front led by Thomas Cirilo (NAS-TC). According to a NAS-TC spokesperson, fighting was initiated by government forces supported by four armoured vehicles. The fighting has continued and the violence has cut off access to humanitarian aid to affected areas.

Many of the refugees who arrived in the DRC suffer from malaria, other physical illnesses, and complications caused by trauma from having witnessed violent incidents. Additionally, the harrowing journey to the DRC causes further health complications for many. The refugees are mainly women, children, and the elderly, with the latter two groups the most vulnerable to the dangers of traveling on foot. Upon arrival, many of the refugees were hungry, thirsty, and exhausted.

The Congolese people have been welcoming, but their resources are limited. Infrastructure is poor, and it is difficult for humanitarian aid to reach Ituri province, where many refugees are staying. While locals have thus far shared food and resources, this is not a long-term solution to the humanitarian need. The situation is even worse given that 8,000 people have been displaced within South Sudan directly as a result of the new violence, on the outskirts of the town of Yei, and conflict is continuing. Many lack access to essential resources and are likely to flee to the DRC when they get the chance, meaning resources will be spread even thinner.

The most recent eruption of violence is no surprise after a five-year civil war. The war began after South Sudan declared its independence from Sudan in 2011. Two years later, civil war broke out between forces loyal to President Salva Kiir and former Vice President Riek Machar. This grew into large-scale ethnic conflict with more than 70 groups fighting, killing an estimated 383,000 people. In September, the war formally ended with a peace agreement that agreed to reinstate Machar as one of four vice presidents.

While the renewed fighting has been devastating to those affected, it is not a violation of the peace agreement. The two major groups who signed the peace agreement have largely honored their commitments, and the group NAS-TC was among those who refused to sign the accord. More steps are needed to secure a sustainable peace, but immense progress has been made to increase stability in the country.

In the meantime, the UN is working to bring aid to South Sudanese refugees in the DRC. Officials have been sent to the Ituri region to register refugees and help relocate them. However, more funds are needed in the Biringi region in the southern part of the DRC, in order to provide food, water, medical services, and shelter for the 6,000 South Sudanese refugees who are already there in addition to the new refugees who will join them there.

Mira Mehta is a writer and a student at Westfield High School. In her spare time, she enjoys debating and running on the cross country team. This is her second year as a member of the Communications Task Force at STAND.