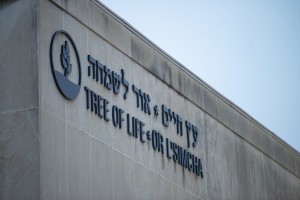 STAND is deeply saddened by the shooting at the L’Simcha Tree of Life Synagogue in Pittsburgh, Pennsylvania on Saturday. The attack, which took place during Shabbat services, resulted in the murders of eleven people and emotional and physical harm to many more. We condemn this anti-Semitic and xenophobic act of terror and stand with our Jewish members, friends, and colleagues in this moment of intense sadness and fear.

The alleged perpetrator had previously openly expressed hatred for Jews, and witnesses told police he shouted, “All Jews must die” before opening fire. Unfortunately, this is far from an isolated event. The shooting took place at a time when the Anti-Defamation League (ADL) has reported a sharp increase in anti-Semitism in the US – including a 57 percent increase in 2017. The ADL has called this attack the “deadliest attack on the Jewish community in the history of the United States.”

The alleged perpetrator was driven by misinformation, as well as a hatred and fear of immigrants and refugees. Earlier this month, the L’Simcha synagogue hosted a National Refugee Shabbat sponsored by the Hebrew Immigrant Aid Society (HIAS), a Jewish-American refugee resettlement agency driven by the biblical concepts “Welcome the stranger. Protect the refugee.” As a partner in refugee resettlement advocacy, we have long valued HIAS’ commitment to supporting resettlement of refugees of all identities. This attack, specifically aimed at the critical work of HIAS, is a clear manifestation of the links between xenophobia, anti-Semitism, and white nationalism.

As an organization that educates students on historical and contemporary cases of identity-based violence both domestically and internationally, STAND strongly condemns the L’Simcha synagogue attack and emphasizes the need to urgently address the factors that have allowed such attacks to be carried out. We remember the victims and their families and celebrate all those who are working to combat anti-Semitic and xenophobic violence at home and abroad.

May the victims’ memories be a blessing.