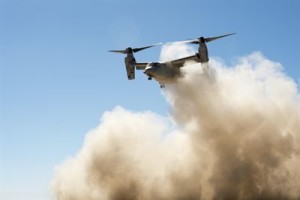 A recent Oxfam report found that August 2018 was the deadliest month in Yemen’s civil war. Though the organization noted that there has been violence on both sides, it was stressed  that the “majority of civilian casualties were caused by Saudi Arabia-led coalition attacks” which the US supports through military and intelligence efforts.

The report follows the press statement of US Secretary of State Mike Pompeo who certified “that the governments of Saudi Arabia and the United Arab Emirates are undertaking demonstrable actions to reduce the harm to civilians and civilian infrastructure.”

Yet the recent attacks of civilian populations, most notably an August 9 airstrike launched near a bus of students ultimately leading to 44 deaths, suggests otherwise.

Yemen’s civil war began in 2014 when Iranian-backed Houthi rebels seized control of the capital and the country’s largest city, Sana’a. After the rebels pushed out the existing government forces in March 2015, Saudi Arabia formed a coalition of Gulf states to restore Yemen’s government and thus commenced a campaign of airstrikes and strategic isolation with support from the United States. Houthi insurgents have responded by launching missile attacks on Saudi infrastructure, and Saudi Arabia has continued to escalated its campaign. Three years later, this goal has still not been met, and Yemen has been thrust into the world’s worst humanitarian crisis. Since March 2015, the UN estimates that there have been 16,200 civilian casualties killed or injured and two million displaced people. Additionally, 22.2 million people are in dire need of humanitarian services.

Both sides of the conflict have violated international humanitarian law, but the Saudi-led coalition has considerably more monetary and military power, ultimately resulting in “the most death and destruction.” The coalition specifically has a history of making advances with direct humanitarian costs, such as the closures of highways, seaports, and airports in Yemen, forbidding even humanitarian groups or supplies from entering the country, creating severe shortages in food and medicine across the region. Markets, hospitals, residential neighborhoods, and other areas heavily-populated by civilians have all have become regular targets for the coalition as the war has progressed.

The United States plays a critical role in this case, as it has sold billions of dollars in weapons to Saudi and Emirati forces, provided the coalition with intelligence, and refueled their jets midair. In 2017 alone, the US conducted about 130 airstrikes in the region. Following the increasing concern about humanitarian injustices in the war, Donald Trump signed a provision requiring Mike Pompeo to certify Saudi Arabia and the United Arab Emirates were taking steps to prevent civilian deaths. Without the certification, the provision would prohibit American action in the aerial refueling of coalition jets.

However, Michael Pompeo has since provided that certification, indicating that the US will continue to support Saudi Arabia and its partners.

Though the United States has repeatedly denied involvement in the worsening civil war and has repeated that it is willing to do “everything possible” to reduce civilian deaths and injuries, former State Department official Larry Lewis, denied this position. He told the New York Times, “There’s more that can be done. Whether the US government is willing to do more is another matter.”

Currently, most US politicians have avoided commenting on involvement in the ongoing civil war in Yemen. Senator Chris Murphy acts as the primary proponent for ending US involvement in the war and calling for the end of military assistance to the Saudi coalition. To help incite a change in our support in the region and to bring relief to Yemeni civilians, call your state representatives advocating for their support of Chris Murphy’s work in Washington.

Shayna Sheehan is a member of the Communications Task Force at STAND. She is a senior at Dickinson College in Carlisle, Pennsylvania where she is studying international relations and security. She is passionate about educating the greater public about international human rights violations.