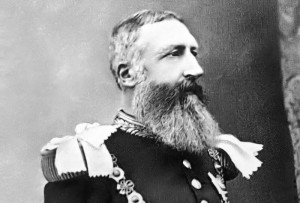 One of the greatest developmental crises of the 21st century has been the mass exploitation and violence that has persisted in the Democratic Republic of the Congo (DRC) since colonial times. In order to properly understand the institutional deficit that has so visibly stagnated any semblance of development in Congo, it is important to first situate the discussion of Congolese institutions in a historical context. This will be critical in formulating strategies for development, as past institution building and modernization efforts continue to inform the political and economic landscape of the DRC today. This sentiment is echoed by several scholarly studies, including the work of Acemoglu, Johnson, and Robinson, whose investigations find that in particular, institutions formulated during the colonial period tend to persist to present times and impact current performance of countries. In support of the dependency school of thought, a theoretical framework which holds that poverty in the developing world is tied to exploitation during the colonialist era, these authors find that Europeans developed and promoted exploitative colonial institutions which destroyed human capital and set the stage for the institutional pitfalls that have fallen upon the Global South today. The performance of contemporary Congo, in spheres of policy, economy, and society, is primarily impacted by two interrelated sets of institutions: those developed before and those developed after colonization by Belgium in the nineteenth century.

Prior to colonization, the area that today makes up the DRC was a conglomeration of multiple incorporated states that together made up the Kingdom of Kongo: a centralized, developed state with unique institutions of its own. Records of the region by explorers and through oral tradition suggest that the area was created by the unification of two smaller kingdoms, brought together by their common usage of the Kikongo language, which served as a common language throughout Central Africa. The Kingdom was divided into six provinces, which were incorporated both voluntarily and by coercion. In this arrangement, each province was governed by a noble representative or close relative to the Mani Kongo (king), and the government was primarily set up in order to assure both the protection and relative subjugation of constituents.

The degree of this subordination is a matter of disagreement among historians, as many assert that in most cases, and in particular near the beginning of the kingdom’s creation, incorpo 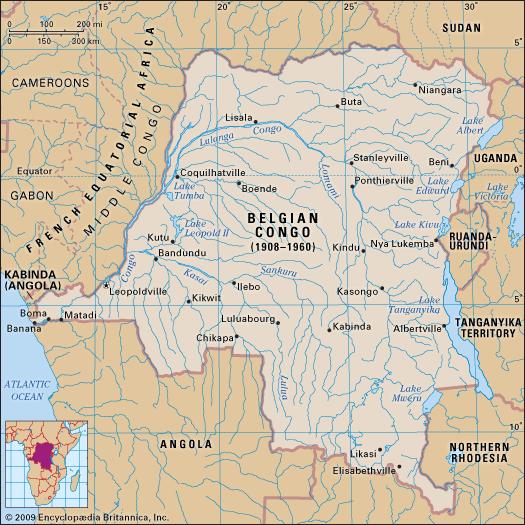 ration was carried out through marriage alliances and for the purpose of protection. In any case, the social fabric of relations was remarkably similar to that of Europe during their feudal era, with a rigid, hierarchical structure defining most facets of life and forming the backbone of societal organization. At the most basic level, Kongolese society was organized in a clan-based system, composed of villages inhabited by several large families called kandas who shared a common ancestor. This wide dispersal of local power, running parallel to the absolute authority of the Mani Kongo, allowed for the development of sprawling villages which produced goods such as cloth and palm wine.

The goods produced in these primarily agricultural communities were circulated among family members for consumption, as the land was owned communally and regarded as a public good. As such, harvest was divided and shared among families informally. Excess produce was expropriated by the king through his appointed governors at the head of each province. These governors were responsible both for the application of the rule of law as well as tax collection. This economic system served the dual purpose of meeting the basic human needs of the population, and thus bolstering the legitimacy of the king, as well as providing a substantial stream of revenue which supported the state.

The structuring of pre-colonial Kongolese civilization is relevant to the discussion of present-day institutions for a variety of reasons. First, the rigid social stratification introduced and justified the existence of both formal and informal norms which perpetuated sharp divisions in Congolese society. By situating all economic and political power in the hands of the king and a select few, the feudal organization of the Kingdom of Kongo set into motion stark wealth and representational inequities that persist to this day. This culture of inequality would be important both in European plans for conquest of the region as well as in shaping the culture of the people, embedding a structure of expropriation which would later give way to corruption. Additionally, the centralized structure of Kongo’s society meant that the death of each king brought about intense civil war, as kings were elected and not entitled to the crown through inheritance. This made the country far more susceptible to influence by European colonizers, who were able to leverage internal divisions to their advantage in 1885 with the establishment of the Congo Free State.

The “one-man show” of the Congo Free State, administered entirely under King Leopold II of Belgium, caused what is widely considered to be one of the greatest mass atrocities of the modern era, with an estimated 10 million casualties over the period 1885 to 1908. King Leopold’s unfettered intrusion into the Congo Basin is a main cause of the failed development of the modern DRC state, as his government brought about an utter destruction of human capital and created an exploitative economy which haunts the country to this day. The institutions set up under Leopold’s authoritarian reign exacerbated many of the deficits of the pre-colonial era, magnifying inequalities created under a rigid hierarchical pre-colonial system to an unprecedented extreme, and further solidified underdevelopment in the region. In formulating policy for sustainable development in the Congo, it is absolutely critical to take this history into account. 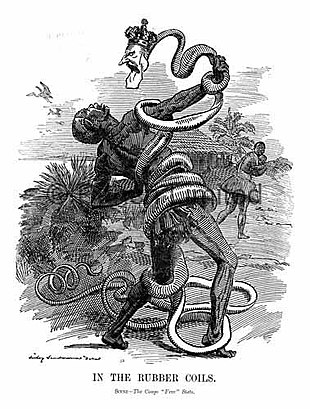 s position of relative weak economic and military power amongst its European counterparts, King Leopold sought to consolidate the Congo Free State as a consistent source of revenue for the Crown. He achieved this by partitioning the territory into commercial zones and encouraging European companies to set up industries to extract natural resources while harvesting the most abundant of resources: labor. By forcibly compelling the indigenous population to work in the harvest and production of primary commodities, notably rubber, Leopold set up a system of slave labor designed to transfer wealth from Congo to Europe with no regard for the livelihood of the Congolese.

Leopold’s economic strategy in the Congo Free State is directly responsible for the economic stagnation of the country following independence due to its intensively exploitative nature. By imposing slave labor and introducing a worthless coin to the native population, Leopold destroyed the accumulated wealth of millions of Congolese laborers and brought unprecedented levels of inequality to the region. Long after his withdrawal in 1908, Leopold’s policies continue to impact economic development in Congo because, at their core, by destroying personal wealth they devastated the region’s internal economy and made the country entirely reliant on commodity exports for growth during the independence era. This is only confounded by the fact that exported goods were traded at a value that greatly undercut international prices, leading to commodity dependence that characterizes the region today.

Equally important to the economic ramifications of Leopold’s rule is understanding the political repercussions. In contrast to other European colonies in Africa, the Congo Free State was considered to be Leopold’s personal property, and he was responsible for all decisions that took place in the colony. This is significant in that it shifted political and economic power from a loosely connected Mani Kongo and his accompanying noble class to the hands of a single external actor, destroying the accumulated political capital needed for proper self-government. Due to the colony’s administration as a personal project, there was absolutely no investment in human capital and governmental infrastructure, both of which would be crucial for the creation of a successful state. By the time the Congolese gained independence in 1960, the entire colony had been thoroughly depleted of human capital and was unable to rebuild and modernize the institutions necessary for entry to the world stage as a sovereign democratic state. The human capital deficit left behind by Leopold opened the door for the brutal dictatorships that marked the years after independence, a period characterized by continued control by foreign powers. Indeed, Belgium was unambiguous in its sustained interest in the region, collaborating with the United States to assassinate the first legally-elected prime minister of the country, Patrice Lumumba.

What must be understood by advocates and policymakers focused on the DRC is the profound and overwhelming psychological damage waged against the Congolese people during Leopold’s period of terror. Of the 10 million Congolese who lost their lives, many were whipped and beaten to death, others worked into the ground, and still others brutally murdered by Belgian security forces, who were instructed to amputate limbs of survivors and those who did not meet production quotas. The lasting legacy of state coercion and trauma is difficult to erase in the minds of the Congolese, and has led to a profound distrust in government, authority, and the international community throughout the country. In order to adequately address the developmental crisis in Congo, a multifaceted approach which integrates institutional modernization and social development must be adopted. 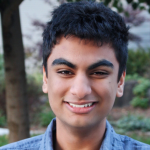 Sael Soni is STAND’s Education Coordinator for the 2018-2019 school year. He hopes to bring a fresh, multifaceted approach to STAND’s education efforts and to spread the message of its advocacy. A sophomore at Vanderbilt University, Sael’s interests lie primarily in understanding how economic and social policy impact societies in Latin America, Africa, and the Middle East.