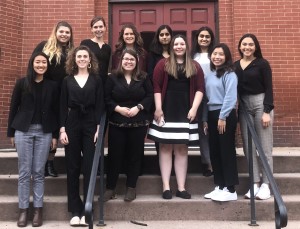 STAND, the student and youth-led movement to end mass atrocities, opposes the latest iteration of the Trump Administration’s travel ban released on January 31st, 2020. This expanded version of the travel ban includes six new countries, bringing up the total number to 13 countries restricted by the ban. Beginning on February 22nd, this ban prevents individuals from Nigeria, Myanmar, Eritrea, and Kyrgyzstan from obtaining immigrant visas. It also prohibits individuals from Sudan and Tanzania from being granted green cards through the diversity visa lottery.

This expanded travel ban perpetuates religious discrimination exhibited by previous iterations of the ban. Of the six newly added countries, all have “substantial” Muslim populations and three have Muslim-majority populations. In addition to the religious bias, the newest edition of the ban particularly focuses on African nations. Notably, the son of Eritrean refugees, U.S. Representative Joe Neguse, stated that the ban “unfairly singled out allied African nations”.

Two of STAND’s priority conflict areas, Burma (Myanmar) and Sudan have been included in this iteration. The New York Times highlights the particular importance of relocation for individuals from Burma with the intention to seek safety or reunite with their families. While it would be appropriate for the United States to impose additional financial sanctions on members of the Burmese government in response to the ongoing human rights violations against ethnic minorities within the country, STAND opposes the restriction of Burmese civilians in pursuit of a visa.

It is additionally of note that, following the removal of former president Omar al-Bashir, the new transitional government in Sudan has been working toward normalizing its relationship with the United States.This restriction on Sudan, as the transitional government moves toward a civilian-led government, marks a step backward in terms of necessary U.S. support for the people of Sudan.

While this ban does not apply to those seeking refugee status, the Trump Administration has already lowered refugee intake to an all-time low of 18,000 individuals for Fiscal Year 2020. This limitation in tandem with the newest restrictions marks the further abandonment of U.S. responsibilities to welcome those fleeing persecution regardless of their religion or nation of origin.

As an organization dedicated to ending genocide and mass atrocities, STAND has opposed previous versions of the Administration’s travel ban. STAND’s 2017-2018 Managing Committee made a statement against the ban saying, “We will never allow such discrimination and hatred to be directed at any religious group in our country—or anywhere in the world”. In 2020, we reaffirm this commitment and stand resolutely with individuals and nations affected by this ban. As ever, we will continue to speak out against discriminatory policies, reflect on the lessons offered to us by history, and denounce practices of scapegoating and prejudice.

For more information, or to get involved with STAND’s advocacy efforts, please contact info@standnow.org.