Burma is home to 135 officially recognized ethnic groups, with many more that are not recognized by the government. Due to Burma Army’s dictatorship from 1988 to 2011, the country remained largely unknown to the rest of the world- until recently for its shameful crimes against the Rohingya. While international attention focused mainly on the effects of the 2017 Rohingya Crisis (where over 700,000 fled by foot out of Rakhine state after a brutal military crackdown) and the resulting 2019 International Court of Justice case, it must be understood that issues concerning anyone from Burma must be approached from an all-inclusive viewpoint that voices the concerns of all ethnic minorities within Burma. While the Rohingya crisis continues to be discussed as the most prominent case of intentional genocide from Burma, as well as one of the fastest mass exoduses seen in history, this case is just one out of many in the bigger picture, where ethnic minorities all across Burma have been subjected to persecution for more than seventy years. Crimes against humanity, human rights violations, and war crimes committed by the Burma Army continue to hurt Burma’s ethnic groups, including the Kachin, Shan, Karen, Karenni, Mon, Rakhine, Chin, and more.

Many of the mass atrocities and human rights abuses witnessed today can be attributed to the unstable foundations of Burma’s independence in 1948, broken promises of the Panglong Agreement, and pre-existing ethnic tensions that were aggravated by British colonialism. To achieve independence from British rule, General Aung San negotiated with and brought together many different ethnic groups under the Panglong Agreement in 1947 to create a Burmese Union. He was, however, assassinated. The death of a founding leader, the struggle to create a unified national identity, and the chase for power by Burmese officials have set up the country for countless mass atrocities, human rights abuses, and war crimes amounting to genocide in the continuation of the longest civil war in the world. STAND advocates for the Burma Army and government to be held accountable for their complicity in human rights violations, including genocide, by sanctioning top-ranking military officials and cutting U.S. government and business ties from them. STAND supports the passage of the Burma Human Rights and Freedom Act to ensure democracy and human rights in Burma, and the Rohingya Genocide Determination Act to prompt the U.S. government to take swift action concerning the Rohingya, which would greatly change the ways in which the U.S. conducts their overall relations with Burma.

Sudan and South Sudan Sudan  Despite the peace deal signed last year between Sudan’s transitional government and many of the country’s rebel groups, some groups still refuse to sign on…. Read more…

Sudan and South Sudan Sudan Tensions between Sudan and Ethiopia continue as conflict over the Nile Dam worsens. Ethiopia believes the dam is essential for providing many of its citizens… Read more… 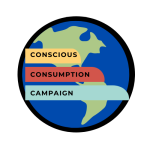