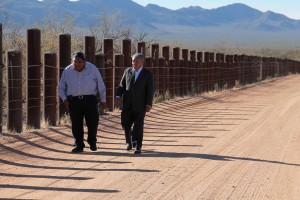 The border is not just a barren desert. A wall there would not be harmless. It would disrupt wildlife and destroy the environment, while also disrupting the lives of the people who live there. For this reason, when our elected officials continue to consider border policy, they must remember the Tohono O’odham people.

As descendants of the Hohokam, who settled along the Salt, Gila, and Santa Cruz Rivers, the Tohono O’odham have lived in the Sonoran Desert region far before the establishment of the United States and Mexican nations. Yet, since the 18th century, their land has been occupied by foreign entities. In 1853, soon after Mexico gained independence, the United States and Mexico agreed upon the Gadsden Purchase, dividing the ancestral land of the O’odham. Though the purchase guaranteed rights to the O’odham people, settlement driven by mining and railroads stripped them of much of their land. Today, the Tohono O’odham National Reserve is the second largest in the United States. Even so, this does not encompass all of the O’odham nation’s land, as the rest is located in modern-day Mexico. The O’odham nation remains home for 34,000 people, 2,000 of whom live in Mexico. If completed, a wall on the United States’ southern border would separate this nation and, consequently, its people.

The O’odham people have been connected to their land for centuries. They frequently pass through the US-Mexico border to visit family, participate in religious ceremonies, and seek medical attention. During the sacred Vikita ceremony, which takes place in Mexico, for example, the O’odham pray for the earth and everything on it. Those living in the U.S. traditionally walked for a day, across the border, to attend—but the traditional passage has been closed. Moreover, tribe members who need medical attention have to go to the hospital in the capital of the national, Sells, which is in the United States. O’odham people cross the border regularly, and this effort is already burdensome enough: to travel freely on their own land they are required provide passports and identification cards, and are even sometimes deported when practicing essential migratory traditions. In the mid-2000s, the Tohono O’odham compromised with the United States to allow vehicle barriers to help secure the border—while still allowing pedestrian and animal crossings—despite resistance from many tribe members. The tribe has spent $3 million of their own money to secure the border. Again, in 2006, the Secure Fence Act put barbed wire on their land, funneling travel to a few gates. Many see the prospect of the proposed  wall as an even greater transgression.

Notably, since this area is a recognized reserve, an act of Congress should be required to take the land for the wall. Yet this is not a guarantee. If a wall is built on this 62-mile stretch, it could force O’odham people to travel hundreds of miles to the nearest point of entry in order to access their own land. The previous division of lands split the tribe into four recognized and one unrecognized tribe. The wall could bring even more catastrophic damages.

We can not sit idly by while the O’odham people and their freedoms are in danger. Their precarious existence should serve as a reminder of those who inhabited the land before us and who continue to work to ensure that the earth and its occupants are treated with equal respect and dignity. No matter your affiliation, when considering the effects of border security and the proposed wall, we must remember the Tohono O’odham. 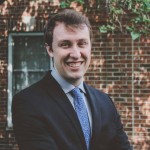 Zachary Gossett is a rising junior at Butler University in Indiana and a field organizer at STAND.