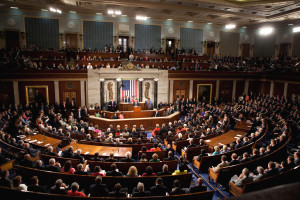 As the U.S persists in engaging in the unconstitutional war in Yemen, Yemeni civilians continue to suffer. Estimates report that tens of thousands of people, possibly up to 80,000, have been killed in this conflict since 2015. According to the United Nations Office for the Coordination of Humanitarian Affairs (UNOCHA), 24.1 million Yemeni people are in need of humanitarian assistance, with a quarter of a million people starving, 9.6 million just a step away from famine, and over 20 million facing food insecurity. Cases of cholera, malnutrition, and other diseases have increased due to the 12.6 million people in dire need of drinking water and sanitation services, and the 14 million in dire need of health services.

The passage of S.J.Res. 7, the Yemen War Powers Resolution, by Congress on April 4 is a tacit acknowledgement of the suffering of Yemen’s people, and the U.S. involvement therein. The Resolution demands an end to U.S. involvement in the Saudi-led war, and would outlaw U.S. arms sales, military support, and intelligence support to the Saudi and UAE-led coalition responsible for the bulk of civilian suffering in Yemen. On April 16, President Trump vetoed this resolution, despite its overwhelming bipartisan support. With this veto, the President has forcefully nullified and disregarded the voices of not just Yemeni victims and civilians, but U.S. citizens and their democratically-elected representatives.

President Trump’s veto is another assertion of his continuing support for Saudi Arabia’s interests and yet another failure on his campaign promise of ending unnecessary U.S. involvement in international conflicts. We contend that U.S. arms sales, military assistance, and intelligence sharing amounts to executive overreach, as Congress is the sole branch with the authority to declare war. In other words, U.S. involvement in the war is unconstitutional.
STAND stands by the War Powers Resolution, and believes that it is our moral imperative to end U.S. support for the Saudi and UAE-led war in Yemen. We stand by the victims of atrocities committed in Yemen by all parties to the conflict and will continue to support efforts to end U.S. involvement in the war. We thank Congress for the bipartisan majority votes to pass the War Powers Resolution and ask that they continue the pressure to end U.S involvement in the war, as this conflict has hurt everyone but the private industries and contractors which directly profit from the arms sales and intelligence involvement. We ask that Congress support a veto override when it comes to a vote, likely this week, in order to preserve peace, assert United States’ values, and reclaim authority in promulgating the constitutionality of U.S. involvement in warmaking.