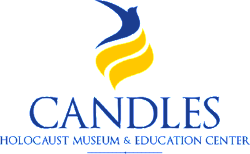 In mid-December, dozens of Terre Haute, Indiana community members filed into the CANDLES Holocaust Museum to watch a movie. It’s not your typical movie night in Terre Haute, because on the screen is Watchers of the Sky, the 2014 breakout documentary about that follows Raphael Lemkin’s battle with the United Nations to establish the Genocide Convention. This movie is the first of three that the audience saw over the three-day STAND-organized film fest, “STANDfest.” Terre Haute became the first place to organize a STANDfest event, and it was received by the community with open arms.

STANDfest is an interactive and innovative take on activism. Modeled to resemble a scaled-down film festival, the event is a multiple-day movie marathon of critically-acclaimed human rights documentaries that both educate and engage the public. Each film also provides attendees a simple “call to action,” which allows viewers to engage with issues dealt with in the film(s) in easy but impactful ways. The Terre Haute community showed an overwhelmingly positive response to the STAND initiative. Rai Kirtley, a student at a local high school who attended all three days of the event, stated: “STANDfest was like a safe haven. It was a gaggle of people like me, people whose passion was the fuel that let hearts pour out through their words, their actions, their fingertips. It was a place of empowerment, a room full of people and ideas and air saturated with the desire for a better, more attentive, and more peaceful world.”

Day one of STANDfest featured Watchers of the Sky, based on former US Ambassador to the UN Samantha Power’s Pulitzer Prize-winning book, A Problem From Hell. After watching the film, the community wrote letters to our newly-elected senator, Todd Young, to support GAPA, the Genocide and Atrocities Prevention Act, which is designed to increase the United States’ capacity to mitigate and prevent atrocities. [Read more about GAPA here].

On the second day, we watched When Elephants Fight, a documentary film created by Stand With Congo that shines light on the conflict in the Democratic Republic of Congo, and discusses how human rights violations in the region relate to minerals mined in conflict regions. The attendees had a video-call with guest speakers, including STAND staff member Mac Hamilton, who introduced the group to the photo campaign, “The Time is Now.” The campaign, led by Congolese youth activists, challenged current Congolese president Joseph Kabila to step down from power after refusing to do so when his term came to an end in 2016. “The Time is Now” campaign demands a peaceful transition in the DRC, and seeks to end ongoing  violence in the nation. Student Rai Kirtley rises for Rohingya:“If not me, then who?”

The final day of STANDfest combined innovative technology with a powerful learning experience through the groundbreaking virtual-reality documentary, Behind the Fence. The piece provides an unseen perspective of life in Burma through the lens of a 360-degree camera smuggled in and out of the country. STAND’s The Nexus Fund‘s Sally Smith, also Executive Producer of the film, and STAND’s Tim Hirschel-Burns discussed the conflict with the audience through Skype, and called on them to take part in the #RiseforRohingya fundraising and photo campaign to spread awareness of the atrocities taking place against the Rohingya, a Muslim-minority group in Burma. The group then made its own contributions to the photo campaign.

If you are interested in attending or organizing your own STANDfest, you can fill out this general interest form, or  contact Harleen Kaur at hkaur@standnow.org.

Ugo Ndife is a high school student in Terre Haute, Indiana. He began his work with STAND as a kid, following his brothers to chapter meetings, and has been involved with STAND ever since. Ugo has a passion for social justice of all kinds, among other things – namely drawing, listening to music, and afternoon napping.