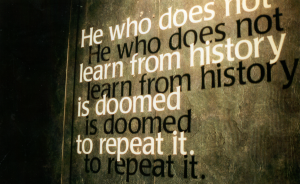 When human rights abuses are committed and civilians are killed, the world looks to American leadership. If the U.S. wishes to maintain its purported status as the leader of the free world, it is essential for the U.S. to take a stance against mass atrocities and work to prevent genocide and mass atrocities from occurring. Here are five reasons that the Trump Administration should care about genocide prevention:

America considers itself a staunch defender of democracy and human rights around the world. Both the Declaration of Independence and the Constitution of the United States denounce infringements on equality and basic human rights. As President Kennedy remarked, “the rights of every man are diminished when the rights of one man are threatened.” When the U.S. fails to stand up to mass atrocities, our image as a human rights defender is tarnished and our credibility damaged. We must stay true to our ideals in order to maintain moral integrity.

President Trump ran his campaign on a platform of defeating ISIL and ending terrorism. Genocide and terrorism are becoming increasingly linked. In his floor speech on the Genocide and Atrocities Prevention Act, Republican Senator Thom Tillis said, “the rise of terrorist cults like ISIL and al-Shabaab that are committing genocide…If you think that this is a problem that is ‘over there,’ think again.  Terrorism has reached our shores.” Last year, a UN report found that ISIL had committed genocide by targeting and murdering members of the Yazidi religious minority in Iraq and Syria.

To prevent more terrorist groups from committing mass atrocities, the Trump Administration must develop strategies to identify warning signs and prevent situations from escalating. Even when the actors committing mass atrocities are not terrorist groups, genocide prevention reduces terrorism, as unstable, post-genocidal regions become recruitment sites for terrorist organizations. Mass atrocities destabilize entire regions, create and exacerbate ethnic tensions, and set the foundation for radicalization. Since President Reagan moved to ratify the Genocide Convention in 1988, every U.S. president has recognized the importance of preventing genocide.

President Trump recently signed an Executive Order restricting immigration from seven Muslim-majority nations. During the Presidential race, he discussed the supposed security threat posed by refugees from Syria and Libya. Mass atrocities cause entire populations to flee, leading to refugee crises. A focus on atrocity prevention addresses root causes of refugee flows. During World War II, approximately 60 million Europeans became refugees. The Rwandan Genocide caused more than 1.4 million Rwandans to flee the country. Right now, the number of displaced people is at its highest point since World War II. An increased focus on prevention strategies in emerging conflict areas will keep that number from increasing.

When we fail to prevent genocide and mass atrocities, the costs for the U.S. are significant. When an entire region becomes destabilized and poses a threat to the U.S., American troops are sent in and forced to risk their lives. As Senator Tillis pointed out, we owe it to our servicemembers to “avoid sending [them] into harm’s way to confront a conflict that could have been prevented without firing a single shot.” President Trump has cares deeply about veteran’s rights, and one of the best ways to support soldiers is to keep them out of unnecessary conflicts. Even when the U.S. does not send American troops, the costs can be  astronomical, as rebuilding regions, and helping civilians reeling from the effects of mass atrocities can cost billions of dollars. As someone who has criticized foreign aid and wishes to repurpose that money for domestic issues, President Trump should invest in prevention in order to reduce the amount of U.S. tax dollars spent on foreign aid.

5. Because genocide has devastating effects on humanity

The Holocaust killed up to 6 million Jews. The Rwandan genocide killed approximately 800,000 ethnic Tutsis and moderate Hutus. During the Cambodian genocide, 1.7 to 2 million Cambodians were slaughtered. Millions more were tortured or forced to flee. In the aftermath of each of these horrible events, the world has declared, “Never again.” The atrocities committed were so immense that the thought of ever allowing them to be repeated was unimaginable, but the U.S. has consistently failed to intervene in time to stop genocide.  As Commander-in-Chief, President Trump has the opportunity to make the promise of never again a reality.