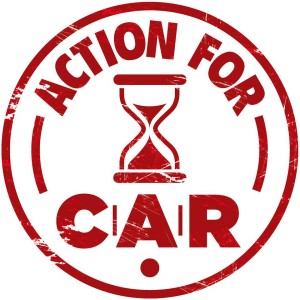 Peacebuilding saves money and lives. It empowers local communities by giving them the tools they need to prevent and resolve conflict. It creates a sustainable framework that can be passed down from generation to generation. It is relatively cheap and simple to implement. What’s not to love?

Peacebuilding is a process that can be comprised of many different programs designed to heal individuals and communities affected by war and atrocities. These programs can range from local truth-telling forums that acknowledge the occurrence of atrocities to wide-scale educational programs that can break down and erase stereotypes.

Unfortunately, peacebuilding is often underfunded. When limited funds are appropriated for foreign aid, money is far more likely to be dedicated to resolving ongoing conflict than to areas under the threat of emerging violence. This has created a cycle in which international actors work to put out one conflict while another erupts, creating a world in which sustainable peace seems nearly impossible. Peacebuilding efforts can create situations where the emergence of new conflict becomes rarer.

The Central African Republic (CAR) has experienced conflict since a violent coup took place in 2012. Over 5,000 civilians have been killed and hundreds of thousands more have been displaced from their homes. While violence has subsided for the time being, tensions and insecurity remain; the United States Holocaust Memorial Museum’s Early Warning Project ranks CAR as the fifth-most likely country to experience mass atrocity in the near future.

That’s why we’re launching the Action For CAR Fundraiser with our partner Aegis Trust. Aegis developed a peace education program in Rwanda following the genocide in 1994. This program gives young people across the country the knowledge and tools to overcome the legacy of fear and suspicion left by the genocide, to break the long term cycle of violence and to build reconciliation, trust and cooperation for a brighter future. That program is now an effective part of the national education system. The reputation of Aegis’ programs caught the attention of interim CAR President Catherine Samba-Panza, who asked Aegis to develop a similar program for the Central African Republic. They need our support to ensure that this peacebuidling program can be fully implemented in CAR.

#Action4CAR is comprised of a series of fundraising events developed by student leaders across the country. How can you pitch in? You can organize a fundraising event in your area with our help – check out our Fundraising Toolkit here! You can also make a direct donation at www.standnow.org/donate.

The Central African Republic has made strides toward peace since the beginning of the conflict in 2012. Still, the risk of escalated violence and mass atrocity remains high. Take #Action4CAR with us by raising money to promote peacebuilding in CAR. Every dollar makes a difference.