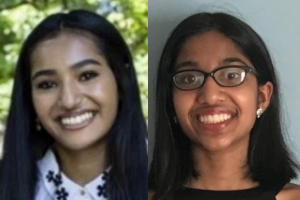 This day was previously designated as a commemoration of Chirstopher Columbus’ arrival in the United States. Considering both the atrocities Columbus personally led as well as the ones that he indirectly facilitated, we take this opportunity to stand in solidarity with Indigenous Communities in reclaiming this day as Indigenous Peoples’ Day and hold space for the celebration of the resiliency and beauty that exists within Indigenous culture.

Part of that solidarity is realizing that the harm perpetrated against Indigenous communities did not end with Columbus. The United States has a long and unfortunate legacy of atrocities, specifically against Indigenous peoples, which are unfortunately still impactful, and leave a legacy of inequity today. Notably, residential schools in the U.S. and Canada stand as a significant issue that has begun gaining attention in mainstream news media. The practice of removing Indigenous children from their families and communities and forcibly sending them to residential schools, often operated by the Catholic Church, was fairly commonplace and did not become illegal until 1978. These schools were meant to assimilate thousands of Indigenous children to typical white-American societal norms and sought to alienate Indigenous children from their heritage and cultural practices. Children were required through force and strict rule to speak English exclusively, wear Western rather than traditional clothing, and were often forced to replace their spiritual and religious traditions with Christianity. Children faced significant abuse and harsh physical “discipline,” which has led to lasting trauma, both directly and generationally. There was often inadequate food or medical care, and many people died at these schools. Moreover, family members were typically not informed about the status of their children, or their safety, resulting in many children being buried in unmarked mass graves at the schools, some of which have been recently uncovered both in the U.S. and in Canada. Today, survivors are working together to heal from the immense trauma that they endured and are advocating for the government to support truth and reconciliation initiatives. Indigenous people are still mourning the loss of these individuals and the psychological, societal impacts that these schools have held on this community.

Despite the resilience survivors have shown, the residential schools did lasting damage. Moreover, they are part of a larger cultural genocide that explicitly labeled Indigenous cultures as subhuman and uncivilized.

Policies put into place by the American government have transcended time and have proved to be detrimental to the preservation of Indigenous culture and community. As a result of the residential schools, children were forbidden from speaking their native languages, which has now resulted in extreme amounts of language loss within the various communities. When native languages were prohibited from being spoken, it discouraged a passing on of many traditions, especially in many cultures in which the oral tradition is the main way of sharing knowledge and culture. Language is not just verbal communication, but it is the silences that exist between each word and the feeling behind each sentence. These feelings were prohibited from being passed on, thus leading to a disconnect between generations and personal spiritual connection to culture, religion, and general identity.

In many policies implemented by the American and Canadian governments, Indigenous traditions and culture were wrongfully considered “savage.” Furthermore, the myth that many colonizers perpetuated was that Indigenous peoples were culturally and socially backward or even ignorant to the modern world. However, this narrative is far from reality. Indigenous people had a deep knowledge about the natural world that can not be explained by western science. For so long, Indigenous ideas, lessons, and ideas have been ignored, or looked down upon, leading to a major loss in the world being able to experience the depth of these ideas.

The trauma that generations of Indigenous peoples around the world have experienced resides within the bodies of every descendant of the community. It makes it extremely difficult for these individuals to dismiss the price they have paid for assimilation in a foreign, non-Indigenous society. It is crucial to acknowledge that under the weight of these injustices, hundreds of families, whose stories are yet to be told, have been suppressed into the soil of a land that was once theirs. Moreover, intergenerational trauma felt by the Indigenous community has caused increased susceptibility to feelings of shame and inferiority about identity, culture, and traditions. For many people in Indigenous communities, there is a shared experience of growing up in spaces that do not recognize or bring reconciliation for the trauma that their families experienced, that they experienced, or the ways in which their community has been impacted by these issues as well. It is imperative to recognize that continuing to ignore or dismiss the pain that these communities face will continue to hurt generations in the future. Moreover, it is vital that we encourage discussion around this issue, advocate for reconciliation, and work to preserve this cultural heritage for the individuals that are closest to the issue, as well as for the preservation of centuries of knowledge, wisdom, and genuine history.

This loss of culture and intergenerational trauma is not isolated to the United States. It has been seen with Aborigines in Australia, many ethnic groups in Burma, the Uyghurs in East Turkistan, and people who have faced colonization around the world. It is apparent that Indigenous people across the world are facing issues of preservation at the hands of atrocity and ignorance. Therefore we as allies, community members, and advocates need to stand together to learn, educate, and celebrate Indigenous people. Join us, and the larger scope of Indigenous communities by taking some time to learn about the history of Indigenous peoples beyond Columbus, and reflect on how you can support Indigenous communities today.

Join the United States Action Committee to work on these issues with STAND.

Ishreet Lehal is a freshman at the University of Southern California. She is the co-lead of the United States Action Committee, co-lead for Education, and was previously the Kashmir Action Committee lead.

Mira Mehta is a freshman at Brown University. She is the co-lead of the Yemen Action Committee and was previously the New Jersey State Advocacy Lead. She was a member of the Communications Task Force for two years before that.