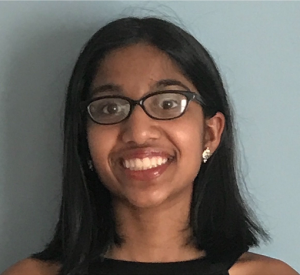 The atrocities occurring in Yemen violate most moral principles and standards of appropriate behavior.  They also violate international humanitarian law.

International humanitarian law is a collection of rules that are meant to reduce the effect of armed conflict, especially on civilians.  These rules come from international agreements like the 1949 Geneva Convention IV, which are broadly recognized but often ignored.  Highlighting the violations of international humanitarian law, however, is an important step to holding people accountable and emphasizing its importance.  To that end, I have put together an incomplete list of the violations occurring in Yemen.

One crucial aspect of international humanitarian law is protecting children.  Many of these provisions specifically come from the 2000 Optional Protocol to the Convention on the Rights of the Child on the involvement of children in armed conflict.  Children are among the most vulnerable people in conflict areas, and they are often hit the hardest.  There are currently more than 12 million children in need of humanitarian assistance in Yemen, and they have been directly targeted and harmed by many of the actions taken by both the Saudi-led coalition and the Houthis.  For example, there were 153 recorded airstrikes on or near schools between 2015 and 2019.  Additionally, there were 171 recorded instances of military use of schools, as well as several other forms of attacks.  The 2000 Optional Protocol specifically opposes “direct attacks on objects protected under international law, including places that generally have a significant presence of children, such as schools.”

The violations of this provision and principle of international humanitarian law have had dire consequences for children in Yemen.  There were already more than 2 million children out of school before the pandemic began.  Very few efforts have been made by either warring party to fulfill their legal duty to ensure that all children, including those who have been displaced, have access to education.  On all levels, the treatment of young people and the carelessness with their education from all parties to the conflict has blatantly disregarded not only the importance of this issue but also its legal recognition.

The conflict has not only destroyed schools; it has been all too generous in its destruction of infrastructure.  Notably, hospitals, which are to be protected as safe zones according to Article 14 of Geneva Convention IV, have faced constant attack.  By the end of 2019, there had already been more than 130 attacks on medical facilities in Yemen, and there have been several others over the past year and a half.  This has contributed to a crumbling healthcare system that has exacerbated the effects of the cholera outbreak that began in 2016 and the wounds people have faced as a direct result of the conflict.

Perhaps the greatest violation of international humanitarian law, however, has been in the creation of famine conditions.  The Saudi-led coalition maintained a land, sea, and air blockade for several years, which prevented much vital aid from reaching civilians.  At the same time, the Houthis have sometimes rejected incoming food aid, and Houthi officials have been accused of stealing aid meant to go to civilians to support their military efforts.  These actions violate Article 23 of Geneva Convention IV, which mandates “the free passage of all consignments of essential foodstuffs.”  This rejection of international humanitarian law and prioritization of military goals has come at the expense of the 14 million Yemeni people at risk of starving and the 500,000 already living in famine-like conditions.  Included in this group are 2.3 million children under the age of five who are expected to suffer from acute malnutrition this year.

These human rights abuses demand urgent action, and the framework for that action already exists on an international scale.  There is no shortage of provisions condemning the actions of warring parties in Yemen.  There is, however, an unwillingness to point out these violations for what they are rather than just as tragedies.  Attempts to support peace processes are also often quick to criticize one party for their violations of human rights while ignoring the clear evidence that both sides have rejected their standard.  There is no moral high ground for either side.  Both have valid concerns about being represented in government and protecting their safety, which must be addressed in a way that includes and uplifts civilians.  For now, however, all action must be taken to protect innocent people and end the destruction of the infrastructure they rely on.

Join STAND’s Yemen Action Committee to get involved in our advocacy.

Mira Mehta is a senior at Westfield High School. She is the co-lead of the Yemen Action Committee and was previously the New Jersey State Advocacy Lead. She was a member of the Communications Task Force for two years before that.