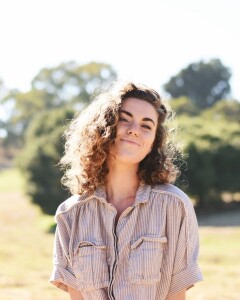 This blog is the fourth in a series on the Global Fragility Act, signed into law on December 20, 2019, which would significantly reorient U.S. foreign policy and assistance to address the root causes of violence. It requires extensive cooperation between U.S. diplomatic, development, and defence agencies in order to develop the Global Fragility Strategy (GFS), to be submitted to Congress on September 15, 2020. The GFS will be the first-ever whole-of-government plan to prevent or reduce conflict in at least five fragile contexts over a 10-year period. Under the new GFS, agencies will use a range of diplomatic and programmatic efforts to address the drivers of violence while the GFA will support learning. about which diplomatic and programmatic efforts are most effective at preventing and reducing violence. Learn more here.

The Global Fragility Act seeks to address a complex issue that manifests in numerous ways – fragility. Simplistically, a country or region can be considered “fragile” if authorities–at the level of the community, state, regional, or otherwise–do not have the capacity to manage destabilizing risks through the delivery of basic services, protection of citizens, or robust societal relations. The OECD examines these risks through a multidimensional framework, taking into account issues that range from political to environmental. These risks and results are cyclical: a kind of fragility feedback loops arises as risks beget fragility, while increased fragility compounds associated risks. The same issues at the root of fragility often make an area susceptible to violent conflict. These loops of fragility and insecurity can worsen, especially in already fragile contexts, raising the likelihood of instability and potential for violence.

More evidence points especially to the potential of climate change to exacerbate drivers of conflict. In fact, climate change has been termed a “threat multiplier.” While a direct link between violent conflict and climate change remains unestablished, its effects do have an indirect impact on levels of violence. Further, fragile contexts, including historically marginalized and exploited communities, bear the brunt of both the immediate and future consequences of the climate crisis both in the U.S. and globally. As rising oceans engulf entire coastlines, lakes used for drinking water evaporate, natural disasters intensify, agricultural production slows or even halts, global fragility increases exponentially. These environmental impacts threaten livelihoods while making some regions entirely uninhabitable. They subsequently force migration, exacerbate pre-existing community tensions, and plunge communities further into poverty. These concrete social and economic changes are all at the roots of fragility and violent conflict.

Because climate change exacerbates conditions under which violence begins, peace and environmental security are inextricably linked. However, few international frameworks have emerged to constructively address their nexus while effective high-level cooperation continues faltering, even as scientific research predicts increasingly catastrophic events. Yet, climate change does not imply inevitable conflict. More often, conflict arises when other conditions of fragility accompany extreme climate events. Further, civil society mobilization for climate action and justice proves willingness to build climate resilience at multiple levels. Similarly, successful peacebuilding rests on the knowledge and drive of local peacebuilders. To adequately link all of these goals, peacebuilding must have a climate-sensitive approach. One way to do this is through environmental peacebuilding, which emphasizes that cooperation to address the effects of climate change has great potential to improve community relations rather than highlighting the potential for natural degradation to spur violent conflict. In pursuit of these goals, the U.S. has an immense opportunity through the GFA to prevent conflict while also mitigating climate change.

Though the climate crisis presents the greatest threat to international peace and security, building peace while enhancing climate resiliency through environmental peacebuilding can create a more environmentally, economically, and socially secure world. Improving natural resource management can become a space for peacebuilding rather than just a means to an end. According to the United Nations Environment Programme, at least 18 armed conflicts over the past three decades have been directly linked to natural resource control and have exacerbated pre-existing drivers of violence in about 40% of civil wars over the past six decades. While climate change can exacerbate these stressors, environmental peacebuilding can promote reconciliation and trust between adversaries while instituting sustainable development. Peacebuilding programs have begun to integrate these principles. For instance, the Good Water Neighbors project utilized shared water resources between Palestinian, Israeli, and Jordanian communities as an entry point to both improve sustainable, transboundary resource management and foster trust from individual to regional levels.

In Nigeria’s Middle Belt, climate change exacerbated historic tensions often over natural resources, resulting in escalated levels of violence. In response, Mercy Corps implemented peacebuilding programming to address both the immediate impacts of climate change and the associated violent conflict. They helped to build community trust through workshops, peace committees, and dialogue sessions, allowing for conflicting parties to better understand and trust each other as natural resources became more scarce. One of the Mercy Corps team members working on these projects, Tog Gang, explained that “[Peacebuilding is] about addressing all those underlying issues that led to the fragility, conflict or violence in the first instance.”

Through the implementation of the Global Fragility Act, environmental factors must be taken into consideration both as a factor of fragility in priority region selection, as well as when devising the 10-year strategy for each selected priority. Some of these considerations could include those that make up the OECD’s environmental dimension of fragility, which includes both internal and external risk factors. Among these are human displacement, food insecurity, exposure to natural disasters like drought or flooding, vulnerability of livelihoods, or infectious disease rates, as well as many other risks caused by the climate crisis that affect human security. Nonetheless, these risks can be diminished through strengthening both civil society and local governance in a given context. Indeed, one recent USAID study emphasized that while fragility and climate risks coalesce to foster instability, the factors related to conflict remain context-specific. Thus, as the GFA works to tackle root causes of conflict and fragility, each priority country or regional strategy must integrate addressing climate change. By identifying where climate change will most impact security concerns, the GFA can enable the U.S. to act on the effects of climate change in a timely, deliberate manner.

Climate change itself is not new. However, the extent of current climate change impacts are anomalous. The climate is no longer simply “changing,” but in crisis. Despite scientific identification of benchmarks necessary to mitigate effects of the climate crisis, international environmental cooperation falters in face of threatened global stability. While the most effective way to confront climate change would be drastic mobilization to curb global warming, action to build peace at the crossroads of conflict, fragility, and climate can still be taken. These efforts, while perhaps seemingly disparate at first glance, correlate. Measures to prevent and mitigate both climate change and violence have a fundamentally similar vision of a more peaceful, secure world. The GFA, through its innovative approach to addressing root causes of fragility, can enable the U.S. to make impactful action at the nexus of conflict and climate. By focusing on mitigating climate risks, the GFA will more effectively reduce fragility.

This coming Saturday, August 22, STAND’s GFA Campaign Team will be hosting an event that features an expert on fragility, peacebuilding, and climate change. Register at this link to hear more in depth how the GFA can address the intersection of environmental fragility and conflict.

Megan Smith serves as Policy Co-Lead for the GFA Virtual Campaign while working as a Temporary Associate for Dexis Consulting Group’s conflict mitigation and stabilization portfolio. She holds a BA in International Relations and in French from the University of Southern California. This past year, she served as a member of STAND’s Managing Committee and interned at the USC Shoah Foundation.