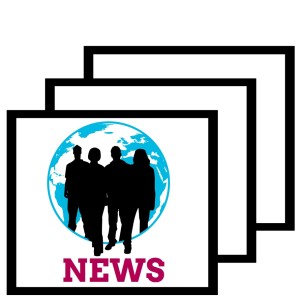 At the beginning of the month, civil society leaders spoke out against Prime Minister Hamdok’s request to transition United Nations support from peace enforcement to peacebuilding. They highlighted the need for continued UN security forces to protect civilians in Darfur amidst mounting tensions and persistent intercommunal violence.

The African Centre for Peace and Justice Studies recently released a report documenting extensive human rights violations perpetrated by Sudanese soldiers, including the Rapid Support Forces (RSF), over the past few months. Despite clear violations, Deputy Chairman of the Sovereign Council “Hemedti” continued to hail the RSF as “protectors of the people.” While civilians have faced arbitrary arrests, assault, and torture by the armed forces, healthcare workers have also increasingly come under attack. The Sudan Doctors Committee, a leading organization in last year’s protests to remove former president Omar al-Bashir, estimated that at least 24 attacks across Sudan targeted healthcare workers and facilities. In response, doctors considered going on strike unless they received protection. While this prompted the transitional government to organize a new police force to ensure the safety of healthcare workers, civilians continue to face gross human rights violations.

Relations between Sudan and the U.S. continue to evolve as the removal of Sudan from the U.S. State Sponsors of Terrorism list seems more likely. On May 18, the Supreme Court determined that Sudan owed over $10 billion in damages for 1998 terrorist attacks near U.S. embassies in Kenya and Tanzania. The punitive measures, in addition to other recent settlements made by the transitional government for terror-related crimes, could assist the civilian-led government in removal from the list. However, it is unclear how the payment can be made when the transitional government faces pressing domestic issues.

Though the February formation of South Sudan’s unity government brought hesitant excitement, continued disagreement over key aspects threatens the eventual full implementation of the peace deal. At the end of April, the United Nations Panel of Experts on South Sudan warned the Security Council that actual commitment to peace varied. They documented explicit violations of both domestic and international agreements, such as arms embargoes and forced recruitment of soldiers including children.

Substantiating the concerns of the Panel of Experts, violence increased drastically over the past month in Jonglei State. Nearly 300 people, including civilians and humanitarian aid workers, were killed in clashes between the Lou Nuer and Murle ethnic groups. No formal local government leadership presently exists in Jonglei state. President Salva Kiir and Vice President Riek Machar, unable to find consensus over authority figures for newly established states, created a power vacuum which facilitated the rising violence. The number of states and Kiir/Machar previously stalled the peace deal, yet dissent continues over the appointment of governors for the 10 new states. UN High Commissioner for Human Rights Michelle Bachelet denounced the escalating conflict, holding that those affected should “have access to justice, truth and reparations” in order to secure durable peace.

At the beginning of May, the self-proclaimed new leader of the Cooperative for the Development of the Congo (CODECO) militia group Ngabu Ngawi Olivier announced that they would enact a ceasefire. Olivier held that the ceasefire would have allowed for talks with the government, but made no promise on the potential timeline. Since then, the factionalization of CODECO following the death of its former leader made it clear that Olivier held little power over the competing sects. Another army spokesman announced that Olivier was an “imposter.” The power struggle amongst various factions within CODECO has resulted in new attacks on villages in Ituri province of northeast DRC, during which the UN has recorded at least 3,000 human rights violations. During one such CODECO raid in mid-May, at least 20 civilians were killed while at least 14 were left injured, according to the local administrator.

Meanwhile, Human Rights Watch (HRW) recently reported increased government crackdowns on protestors. In Kinshasa, as well as several towns from the surrounding area, the Congolese police responded excessively to separatist demonstrations, resulting in at least 55 deaths and even more injuries.

In early May, the Saudi-led coalition announced “a unilateral truce” for the duration of the COVID-19 epidemic. However, the Houthi rebel forces did not agree to a ceasefire. Fighting has continued in the al-Bayda and Abyan governorates in the south of the country. Furthermore, the COVID-19 crisis has become part of the conflict between the Saudi-led coalition and the Houthi rebel forces as the Yemeni government claims that the Houthi rebels, who have only reported four cases of the virus, are hiding a major epidemic. While the Saudi-backed government has called for international aid, access for humanitarian organizations, especially in the north of the country, is hindered by differentiations in faction control over the country.

The UN urged parties in the Syrian War to pursue a ceasefire in light of the worldwide COVID-19 crisis. While the beginning of this year saw the highest number of Syrians displaced thus far in the decade-long war, a provisional ceasefire that began in early March has slowed fighting. Still, the humanitarian situation in Syria remains dire, with food prices the highest they have been since the conflict began. Furthermore, the threat of coronavirus is compounded by the country’s devastated infrastructure and high levels of displacement.

As part of provisional orders given by the ICJ in January, the Burmese government submitted its first report on its steps to prevent genocide against the Rohingya Muslims. While the report has not been publicly released, many see it as an important first step to ending violence against the Rohingya.

Because of high government restrictions on press and movement, humanitarian organizations have turned to satellite technology to track violence against the Rohingya in Burma. Human Rights Watch used satellite imagery to identify an estimated 200 homes in Let Kar, a Rohingya village in the Rakhine State, that were burned down on May 16. The organization has called for the UN to conduct an impartial investigation on the source of this mass-arson. However, many have noted that the burning closely mirrors acts previously committed by the military in Rohingya villages.

Megan Smith is a recent graduate of the University of Southern California and served as Education and Outreach Co-Coordinator of STAND’s 2019-2020 Managing Committee. Previously, she served on the Policy Task Force of STAND France during her junior year and as California State Advocacy Lead during her sophomore year. Outside of STAND, she has interned at the USC Shoah Foundation, Dexis Consulting Group, DigDeep Water, and HAMAP-Humanitaire. Megan contributed the Sudan, South Sudan, and DRC sections of this update.

Abby Edwards is a senior in the Dual BA program between Sciences Po Paris and Columbia University, where she is pursuing degrees in Human Rights and Politics & Government. Abby will serve as Co-Student Director on the 2020-21 MC. In addition to her work with STAND, Abby interned at the Buchenwald memorial, the US Department of State, and the Journal for European and American Intelligence Studies, as well as served as a research fellow at the Center for Khmer Studies in Cambodia and Columbia University’s Institute for the Study of Human Rights. Abby contributed the Syria, Yemen, and Burma sections of this update.