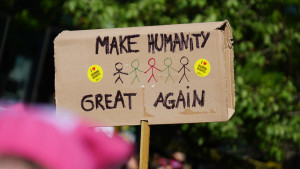 The United Nations Refugee Agency reports that there are 68.5 million forcibly displaced people worldwide. That enormous number is composed of internally displaced persons, refugees, and asylum seekers. The number is rapidly growing, with 1 person being displaced every 2 seconds, and an average of 42,500 people displaced per day. This is an unprecedented humanitarian crisis and even though some countries are doing what they can to host refugees and displaced persons, other countries aren’t doing enough if anything at all. The United States is among those countries not doing enough, and, as a wealthy and powerful world player, has the capability and moral responsibility to do more.

How did this even happen?

The decision to leave your home and country behind, often to travel to a place where you don’t speak the language or know anyone, isn’t an easy decision to make. Usually this decision is made out of desperation due to war, human rights violations, natural disasters, or other crises. Today, over half of all refugees come from one of four countries, three of which are STAND focus countries: Syria, Afghanistan, South Sudan, and Burma (Myanmar), due to war, atrocities, and violent conflict. These refugees leave in order to find safety for themselves and their families.

What does the United States have to do with all of this?

As an influential and powerful developed nation, the U.S. should be doing more to host a fair share of the world’s displaced persons. Protecting vulnerable lives is a humanitarian issue, not a political one, and should be treated as such. The countries who are hosting and letting in the bulk of these refugees are mainly developing nations, such as like Pakistan, Uganda, Turkey, and Iran, who struggle to provide resources and space for these newcomers. Countries who have many more resources than these developing nations should be stepping it up and taking in their fair share.

Today, due to new policies by the Trump  administration, the U.S. has set the lowest refugee admission cap in the entire history of the resettlement program. President Trump has capped refugee resettlement to 45,000 people, and so far this year the administration is only on track to reach less than half of that. Additionally, since the Syrian refugee crisis began there have been around 6.3 million refugees displaced from Syria – and the United States has let in only 11 Syrian refugees in the past year.  The United States should use their wealth and influence to safely resettle more refugees, and give them the opportunity to start a new life.

How can I help?

Contact your Senators and Representatives! Urge them to oppose the Trump administration’s policies on refugees and asylum seekers. Here are three easy ways you can STAND up for refugees this World Refugee Day:

1. Use this call in script as a guide and call your Senators/Representatives asking them to not support this administration’s policies towards refugees: 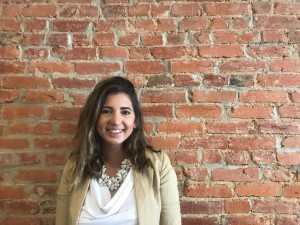