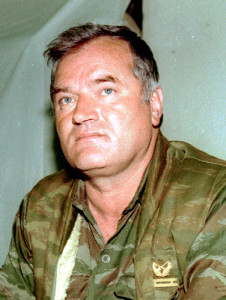 On November 22, former Bosnian Serb army leader Ratko Mladić was sentenced to life in prison on charges of genocide and crimes against humanity by the International Criminal Tribunal for the Former Yugoslavia (ICTY) in The Hague. Mladić , dubbed the “Butcher of Bosnia,” led the Bosnian Serbs to victory in the Bosnian war in which 100,000 people were killed more than two decades ago. He emerged victorious, completing his stated objectives of creating an “ethnically homogenous Bosnia-Serb republic” by actively terrorizing and targeting ethnically Bosniak (Bosnian Muslims) and Croatian civilians in an ethnic cleansing campaign from 1992 to 1995. This included the destruction of homes and mosques, mass murders in Bosniak villages, mass deportation, starvation and torture of Bosniak prisoners, and the assault of Bosniak women. Many other officials led and participated in these terrors, including former president Slobodan Milosevic, who died before a verdict was reached, and Radovan Karadžić, who was convicted in 2016.

Though many believe that there should have been little doubt of his guilt, the conviction and verdict nonetheless were a welcome outcome of the protracted five year trial. There haven’t been many genocide rulings by the ICTY, and most of these cases have been heard long after the atrocities themselves occurred. The world has seen several other cases of genocide and mass atrocities since Bosnia, including ongoing atrocities against the Rohingya in Burma, where perpetrators have thus far escaped punishment.

Issuing an indictment for genocide is an extremely complicated ordeal for the international community. Around the world, most states are reluctant to make this accusation, often because it necessitates action to intervene. In fact, the United States did not ratify the 1951 Genocide Convention until 1988, when Kurdistan was facing genocide. Throughout history, the United States has failed time and time again to act in the face of international mass atrocities, often citing a lack of information as in the case of the Rwandan genocide. By the time the international community responds, it is often too late for the victims.

The ideal use of punishment is as a deterrent. Unfortunately, because so few perpetrators of genocide are actually punished, the evidence base for justice as a deterrent for future genocidaires leaves much to be desired. This was certainly the case for the Bosniaks. While Mladić’s conviction is a step in the right direction, the 8,000 deaths that he was personally charged with should have been prevented – and at the very least, the 1951 Genocide Convention should necessitate more preventative measures for the future.

Problematically, the United States has shifted attention away from these issues.  After inaugurating President Donald Trump, who largely advocates an “America First” foreign policy, the U.S. approach to humanitarian issues has shifted. Notably, the administration has sought to decrease the foreign aid budget – already less than 1% of the U.S. budget – by 31%.  The U.S. is not the only culprit, however – ludicrously, since its formation in 2006, the United Nations Human Rights Council has allowed genocidal and abusive countries like Burundi and Saudi Arabia to serve as members.  As one Burundian leader put it, “Burundians can die, as long as the Americans or Belgians are safe.”

Political movement across the globe over the past two years has shifted from that of international cooperation to nationalism.  While each government must take care of its own people, some state governments prove unwilling or unable to do so. When this is the case, the forgotten targets of ethnic cleansing and genocide need global citizens to step in and help them.

It is time to begin treating this responsibility as a true obligation. World leaders have a responsibility to act in the face of mass atrocities and genocide, not to turn inward and ignore life outside their borders. Following the atrocities in Rwanda and the Balkans, the Canadian government convened the International Commission on Intervention and State Sovereignty, which issued a report in which it was explained that all states have a Responsibility to Protect (R2P) those within their borders, and when they are unable or unwilling to do so, the burden falls to the international community. Today, the R2P doctrine represents a global commitment to the prevention of mass atrocities. However, leaders continue to fail at fulfilling this responsibility. Rather than waiting for leaders, we all can do more to advocate for those in need. There are several organizations, including STAND, Aegis Trust, and Global Centre for the Responsibility to Protect, dedicated to mobilizing activists and helping victims of human rights abuses. Everybody should get involved in one.

Ratko Mladić’s conviction was certainly deserved, but it was by no means a decisive victory. Two decades of waiting for a conviction serves as a reminder that more needs to be done. Genocide is a part of modern reality, and its denial must become a thing of the past. International law has not been strong enough to spur action, but domestic pressure could be the key and awareness is only a few clicks away. 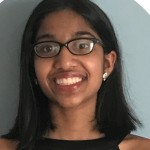 Mira Mehta is a writer and a student at Westfield High School.  In her spare time, she enjoys debating and running on the cross country team.  This is her first year as a member of the Communications Task Force at STAND.