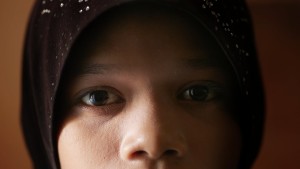 The Rohingya are considered the world’s most persecuted minority. They are an ethnic group made up of mostly Muslims and some Hindus and have lived in Rakhine State even before Burma, a Buddhist-majority country, established its jurisdiction there in 1784. Even though the Rohingya existed before Burmese settlement and British colonial rule, the government refused to recognize and integrate the ethnic group post-independence. In 1982, the Burmese government stripped the Rohingya of their citizenship, calling them “illegal immigrants” from Bangladesh. The government continues to institutionally discriminate against the group through legal restrictions in both private and public spheres. This discrimination includes limits on inter-group marriage, family planning, employment, education, religious choice, and more. For instance, the Rohingya are required to seek permission from the government when they travel, move to a new home, and marry. The tension between the government and the Rohingya has been on the rise since Burma gained independence from Britain.

Fast forwarding to the recent crisis, although many cannot fathom it, extremist Buddhists have committed vast human rights abuses against the majority-Muslim ethnic group. In 2012, violence resulted in a mass exodus of the Rohingya. Buddhist monks and nationalists started burning Rohingya homes because a group of Rohingya men were accused of raping and killing a Buddhist woman. Hundreds of Rohingya were killed following this incident, in what Human Rights Watch called crimes against humanity and ethnic cleansing. Indeed, approximately 662,400 Rohingya have been internally displaced since 2015. In addition to internal displacement, the Rohingya are seeking refuge throughout the region, including in Bangladesh, Malaysia, Indonesia, and Thailand. Bangladesh formally hosts hundreds of thousands of refugees registered under the UNHCR, 100,000 unregistered refugees, and recently received an influx of 11,000 Rohingya in one day. In September, the country announced it would produce special identity cards for the Rohingya refugees in order to regulate migration numbers. Although Bangladesh has accepted a great number of refugees, there is a clear lack of proper and adequate infrastructure due to the increasing number of Rohingya refugees. Additionally, the camps are becoming overpopulated. There is high concern of disease spreading easily, especially cholera and tuberculosis. As the flow of refugees continues to increase, the number of aid organizations who are responding to the crisis have increased as well. However, local and foreign aid organizations are struggling to deliver aid to the camps. The Bangladesh government announced that they do not plan to give refugee status to Rohingya who have recently arrived in the country, as they expect the Rohingya to return home in the future. Rohingya refugees are stateless, and many have not been able to register with the United Nations High Commissioner for Refugees (UNHCR).The differences between camps for registered and unregistered refugees are stark, as unregistered refugees are essentially “illegal foreigners”, susceptible to arrest at any time, and restricted from UNHCR services such as education centers, healthcare, and food sacks. Many lack humanitarian assistance, live without documentation, and struggle to find protection from the United Nations or the country to which they fled.

There is more that the international community can and must do in order to protect the Rohingya. Recent public condemnations, while important, will not suffice. Although there has been an increased recognition of the Rohingya crisis and members of the international community have called it a genocide, such as Bangladesh’s Foreign Minister and President Erdoğan of Turkey, many Southeast Asian states are still not establishing legal protections for the Rohingya refugees. Association of Southeast Asian Nations (ASEAN, a regional intergovernmental organization) members must further their efforts to ratify the United Nations Refugee Convention to help refugees and distribute proper resources to them. Only two of the ten ASEAN member states, Cambodia and the Philippines, have signed on to the 1951 Convention and its 1967 Protocol. As the Rohingya crisis continues to escalate, the international community, UNHCR, and ASEAN members must work together both to find effective means to alleviate the conflict and to provide additional humanitarian relief to those in refugee camps. The international community must be proactive in assisting the Rohingya with asylum and issue sanctions against the Burmese government in order to demonstrate unified efforts to end this humanitarian crisis. Rujjares Hansapiromchok is a senior at California State University, Northridge, double majoring in Political Science and Religious Studies, with a minor in African Studies. She is currently a team member of the Communications Task Force for STAND, after learning about STAND during her internship at Jewish World Watch in Los Angeles. She is passionate about genocide and mass atrocities prevention and hopes to work in the field of peace and conflict resolution in the future.

One thought on “Regional response to the Rohingya violence and persecution”