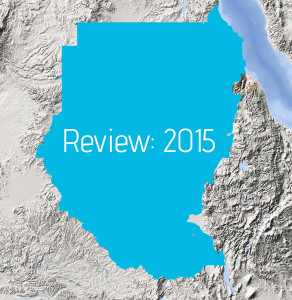 Many of STAND’s conflict zones have been witness to progress towards peace; the first democratic elections in Burma were held in November, a ceasefire was declared between the South Sudanese government and opposition groups, and most recently, a UN Security Council Resolution called for a nationwide ceasefire in Syria. Several conflict zones have also seen more concerning developments; Russian airstrikes against Syria claimed the lives of hundreds of civilians, summary executions became a regular occurrence in Burundi, and attacks against Muslims mounted in Central African Republic. As STAND enters another year of mass-atrocities prevention and continues to cover developments in areas where genocidal violence has persisted, we have compiled the landmark events of 2015 in each of our conflict zones.

To launch the first week of 2016, we begin with a summary of events in South Sudan and Sudan by Jason Qu.

Jason Qu serves as STAND’s Sudan and South Sudan Conflict Coordinator, and is a junior at the Bronx High School of Science. He is also Vice President of the Amnesty International chapter at his school, and is extensively involved in Model United Nations and the Muslim Student Association at Bronx Science.