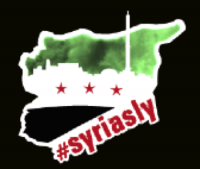 The United Nations, similar to the United States Congress, has time when the body is “in session” and times when the body is in “recess.” Over the latter half of the summer, the UN General Assembly (UNGA) has been in recess. The UN delegates from all over the world are reconvening in New York City on September 16th and the UN General Debate opens the following week on the 24th. Many organizations are organizing around these couple weeks to make sure that their issue is made a priority in the global conversation.

As Sam’s informational summary explains, the conflict in Syria is grave. Nearly 200,000 people have been killed by the violence in Syria. More than 6 million are internally displaced and more than 3 million registered refugees have spilled into surrounding countries, according to the UN High Commission on Refugees. Chemical weapons have been used along with indiscriminate bombings and acts of terrorism. Even more alarming is that the conflict has descended into a state of complexity that discourages headlines and has forced the conflict into a state of invisibility on the international stage. People have stopped talking about it. We have stopped trying to understand it.

Let’s fight this. Let’s make Syria a priority in the global conversation.

Surrounding UNGA week, STAND will be providing chapters and engaged student actors with educational resources about Syria. We will be asking you to organize events around the theme of engaging with the complexity of the conflict in Syria. Instead of shying away from the complexity, let’s engage with it, study it, find ways that we can enter in and influence. Most importantly, LET’S GET PEOPLE TO TALK ABOUT SYRIA AGAIN.

We are starting off with a website. On this website, you will find information about the conflict in Syria to educate yourself and resources to help you educate others. We begin with a simple overview drawn up by Sam, our Education Coordinator. We will build this website into an educational resource that delves into the history of the conflict, various actors involved, potential actions to take, and more. We will also provide you with ideas about putting on events and attracting more people’s attention to this urgent issue.

We have drawn up some fliers with which STAND chapters across the country can flood their campuses. Check out the website, print off some fliers, and start a conversation. Let’s make this issue heard!