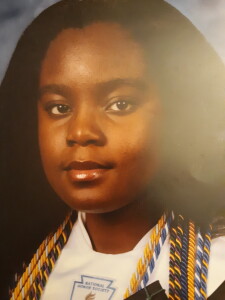 I believed them when they said, “Never Again.” I assumed that in our modern, advanced, and—from my view—peaceful age, we would have collectively overcome genocide and mass atrocities. Grand speeches, large conferences, and prominent institutions all gave me the impression that genocide would someday soon become a thing of the past.

Never did I imagine that in 2021, I would be reading about forced labor and concentration camps. But here I am. Here we are–a world unable to hold human rights abusers accountable after promising for decades that we would. Inaction and complicity dooms history to repeat itself. The international community is failing the Uyghur people.

As you read this, China is eradicating an entire people.

The General Secretary of the Chinese Communist Party Xi Jinping has sanctioned the covert detention, enslavement, forced sterilization, and re-education of countless Uyghur people in prison camps. Under Xi Jinping, the Chinese government commits unfathomable acts against innocent people. Unsurprisingly, this has sparked outrage and concern across the globe.

Yet, despite China’s abominable human rights violations, the country now occupies a seat on the United Nations Human Rights Council. China’s position gives its influence over the protection of human rights across the globe.

A country that works to eradicate an entire people should be barred from a seat on the UNHRC. To many, this sounds like common sense. What place does a genocidal regime have in one of the most important human rights institutions in the world? But, to the Member States of the United Nations General Assembly that voted for China, and for the UN officials that decided to disregard criticisms of China’s human rights practices, this is not so clear.

The world continues to say, “Never Again,” even while human rights violations occur in the countries that dominate it. Collectively, we cannot ensure that genocide never happens again unless we first hold the states committing mass atrocities accountable. China should be charged for its crimes, not awarded a seat on the prominent UN Human Rights Council. That is common sense. China’s election to the United Nations Human Rights Council spits in the face of the nongovernmental organizations, human rights defenders, and civil society organizations that trusted the Council.

There is a wealth of information available concerning the genocide transpiring in East Trukistan (Xinjiang). China needs to be expelled from the Human Rights Council and tried for genocide and crimes against humanity. United States representatives can also introduce and promote legislation that addresses China’s grievous crimes against humanity. To refuse to hold China accountable for the persecution of millions of innocent Uyghur people is to side with the oppressor.

As China wipes an entire people from the planet, much of the world looks on. The cries of the innocent should not remain unheard any longer.